This blog was originally published by GitKraken and can be found here.

The importance of PRs in the development process.

In another post, we discussed the Gitflow model and how it helps enterprises manage releases. In this post, I will be discussing pull requests and their importance in the development process.

What Is a Pull Request?

A pull request is a development process that provides a platform for discussion and review of a completed feature. Its purpose is to notify team members that the feature has been completed and it is open for discussion or modifications. The discussion usually occurs to improve the quality of the code; it is basically a code review process.

Note:In some sites or tools, you may find the term merge request instead of pull request. Both terms mean the same thing.

What Needs to Be Done Before Creating a Pull Request?

Note: Pull requests require two distinct branches. There needs to be a difference in the code between the taken branch and source branch.

Note: Pull requests can be made for any branch. Usually, they are made for the source branch. Sometimes it is okay to close a pull request without merging it. This usually occurs when a feature is dropped. 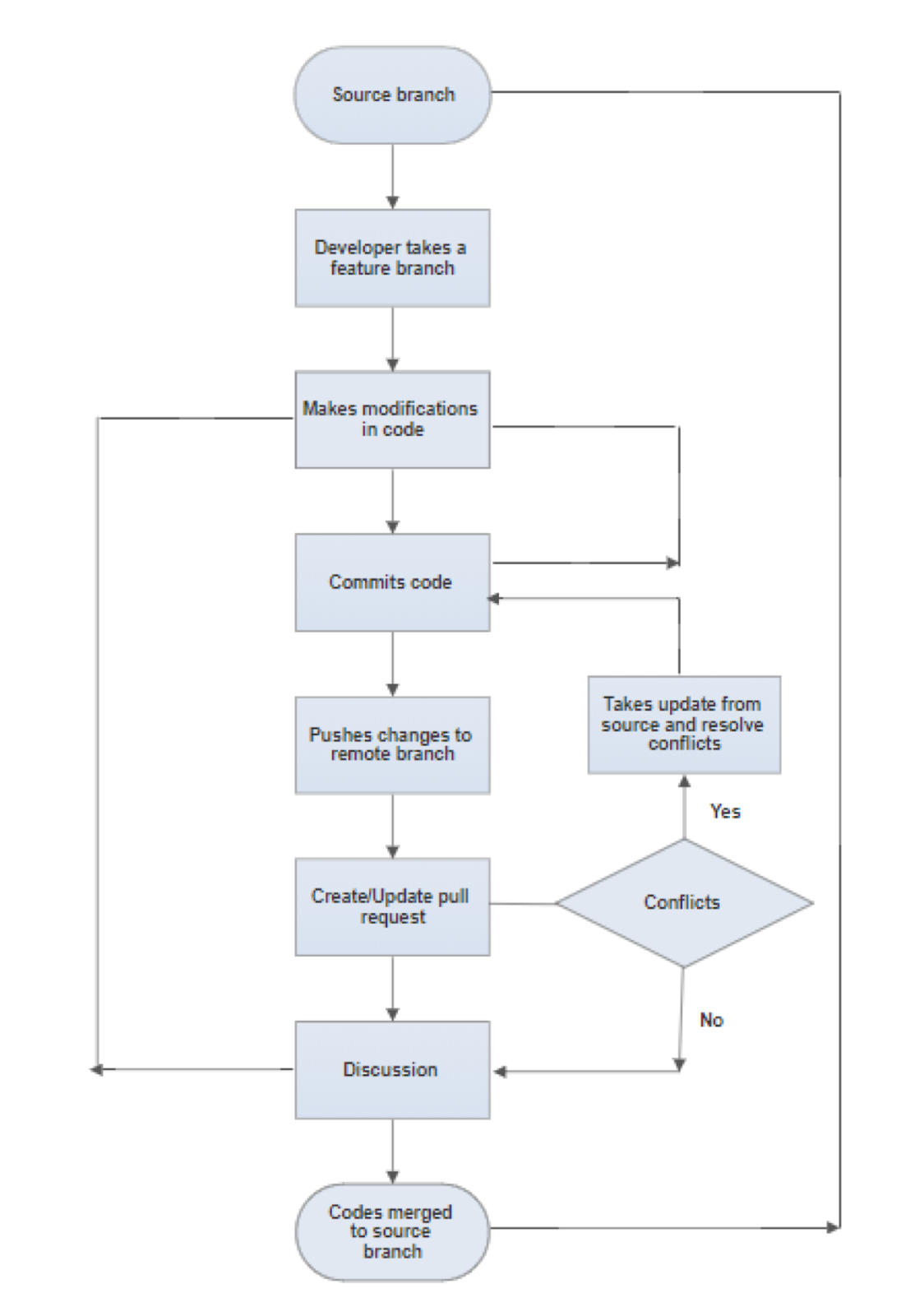 What Are Merge Conflicts and When Do They Occur in a Pull Request?

To resolve the conflict, developer B must rebase the feature B branch by retrieving an update from the develop branch (i.e. the source branch). After retrieving the update, developer B faces code conflicts in their local copy of the branch. Now they must resolve the conflicts and again, commit, and push code to the remote develop branch. Now the code is free of conflicts, so B can be merged by the reviewer.

To see how easy it is to resolve merge conflicts using a Git GUI client like GitKraken, watch this quick video.

Pull Requests in a Gitflow Model