You may have heard about things like containers, Kubernetes, and the cloud. All these modern technologies have become popular because of the concept of microservices. Nowadays, microservices architecture has become a standard way of building modern software. This is mainly because microservices provide many benefits over traditional monolith applications. In this post, you’ll learn what four of the benefits of microservices are. 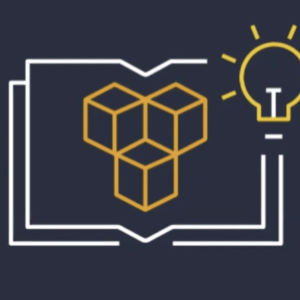 First things first, for those who don’t know, let’s explain what microservices are. Actually, in order to do that, we need to look at a traditional “non-microservices-based” application first.

The so-called “monolith” application, as the name suggests, is built as one logical piece. It doesn’t necessarily mean literally one binary. The point is that you have your application as one logical piece. Therefore, any change you want to make requires rebuilding and restarting the whole application. Let’s look at an example. Imagine you have a monolith online shop application. There are many different actions that need to happen to fulfill your business goal (i.e., selling products via the shop). You need one piece of your application to handle user registration and authentication, another piece showing actual products, another piece handling checkout functionality, another piece contacting suppliers or shipping companies, etc. All of these logically separated actions are performed by one application: your monolith shop.

So, What Are Microservices?

To summarize, writing your application as microservices means that you take any logical group of functionality and write it as a separate mini-application instead of writing everything as one application. Sound like overengineering and extra work? I’m not going to lie, microservices bring some extra complexity, but they introduce many more benefits. Let’s talk about some of those next.

As you may already guess from the example in the previous section, the biggest advantage of microservices is flexibility. If your application is split into many small, independent microservices, then in order to make any change, you no longer need to restart the whole application. You only change and redeploy one small microservice.

This, of course, limits the potential impact of failed deployments. It also gives you the ability to implement changes to rarely used pieces of your application without any scheduled downtime.

You also gain flexibility in terms of the programming language used to build your application. In fact, you no longer need to choose a single programming language for your application because separate microservices don’t have to be written in the same language. It means that developers from different parts of the application can pick the language they’re most comfortable with, and you’re not limited to hiring for a specific language. This can also help you scale your organization easier.

Another advantage is way easier scaling and reacting to spikes in traffic. Traditionally, in order to scale, you would probably need to move your application to a bigger server. Also, you likely won’t know which part of the system is the most resource-consuming, so you’ll probably scale things that maybe don’t necessarily need scaling. If, for example, your front end is doing much more work than your back end, you’ll have to scale the whole application anyway. And if you do that, you’d probably also need to scale your databases and load balancers.

When it comes to microservices, you can easily see which functionality of your application is doing the most work and therefore needs scaling. And you won’t need to scale parts of your system that don’t need scaling. If only the front end needs scaling, you can do just that and leave back-end microservices untouched. You can go even further and put some microservices that are doing much more work than others on a separate, dedicated server. However, you’ll probably use a container orchestrator to manage your microservices for you. This drastically improves the throughput of your system using the same hardware.

A great advantage of microservices is fault tolerance by design. While, in theory, you can have only one instance (one container) for all microservices, in practice you’ll have more than one. This means that if there were some issue in one instance of a particular microservice, it can be quickly removed from the load balancer pool, and the remaining instances will continue working fine. And this process can even happen automatically.

For similar reasons, bug fixing also becomes easier. In case of any issues with your application, you can quickly spot which microservice is causing issues and then fix and redeploy only this microservice. This drastically reduces the time needed for bug fixing. It’s way quicker to fix, test, and build a small microservice than it is to build the whole monolith application. For example, if you know the issue is only with registering users, you don’t need to test checkout, shipping, discounts, and dozens of other functionalities. You can simply fix and retest the microservice responsible for registering users. Not to mention the fact that from a developer perspective, it’s simply way easier to understand the code of a small microservice and quickly spot a bug there than it is to spot a bug in a monolith application.

For similar reasons to bug fixing, introducing new features is also way faster. You don’t need all teams to align and agree on new functionality. In the best-case scenario, you don’t even need to align with any other team. Most of the time, microservices talk to each other via a REST API. So as long as you don’t change that API in order to implement your feature, you should be good to go.

And as mentioned before, you’re not limited by one programming language, so you don’t need to search for specific engineers to do the job. This also means that testing different scenarios and ideas becomes much easier. If you’re not sure which option to choose, you can simply implement both (for example, in two separate microservices) and load balance the traffic between the two. Then, you gather metrics from your monitoring system and check which option works best for your users. You won’t need to rewrite and redeploy your application twice for that. You can write and run two small microservices simultaneously.

As you can see, microservices bring many benefits. That’s why they’re becoming a standard way of building software. And sure, they do bring some extra complexity, but when you compare it to all the benefits, it’s easy to pay that price. However, microservices won’t magically fix all your problems. And—like with any other technology—if implemented poorly, they can indeed give you more headaches than you’d wish. Therefore, it’s worth preparing yourself well before jumping into microservices.

One of the best ways to do so is by joining the Microservices Engineering Boot Camp by Cprime. Experienced trainers will teach you all you need to know in order to successfully build microservices-based applications. Training includes real-life case studies, and you’ll learn how to overcome the typical challenges of microservices. And if you want to learn more about microservices, we also recommend the blog post “ Microservices Tutorial: Everything to Know at a High Level.” 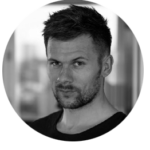 David has 10 years of experience as a Network/System Engineer at the beginning, DevOps in between, Cloud Native Engineer recently. He’s worked for an IT outsourcing company, a research institute, telco, a hosting company, and a consultancy company, so he’s gathered a lot of knowledge from different perspectives. Nowadays he’s helping companies move to cloud and/or redesign their infrastructure for a more Cloud Native approach.