Taking Agile to the Bank—Accelerating Software Deployment by 8,900%

Banking is a highly regulated and service-intensive industry. Behind the scenes, every bank depends on continuously developing and improving its in-house technology to stay at the top of the market. As a result of this pressure to deliver, the DevOps culture in the bank’s Payment division was under considerable strain. 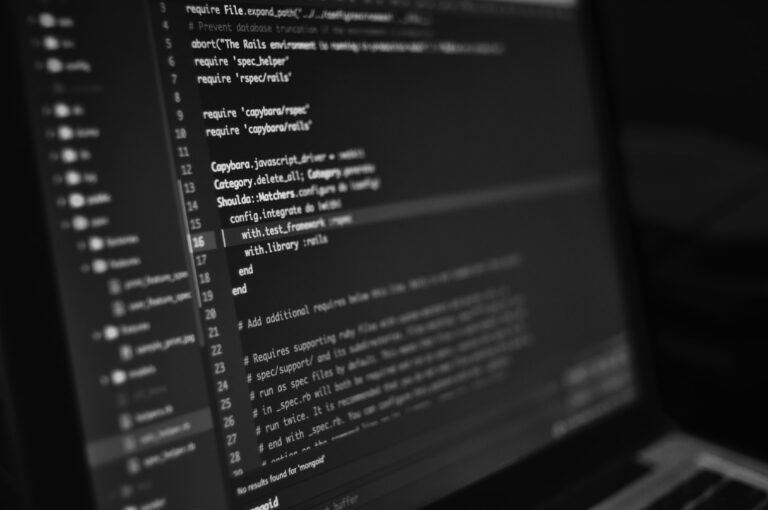 With revenue approaching 11 billion GBP in 2020 and nearly 55 years in the UK banking sector, this client is one of the leading clearing banks in the UK. Through an established group of partner and subsidiary banks, the organization provides commercial and private banking services to Western Europe, England, Wales, Scotland, and the Republic of Ireland.

Across its service area, the bank has a client base of around 13 million retail customers in addition to its corporate and investment clientele. Its online banking and payment applications alone see an average of 1.8 billion logins annually.

The Need to Get Things Done 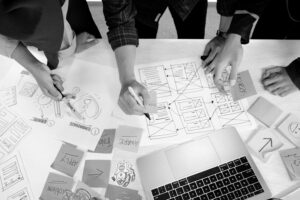 Banking is a highly regulated and service-intensive industry. Behind the scenes, every bank depends on continuously developing and improving its in-house technology to stay at the top of the market. As a result of this pressure to deliver, the DevOps culture in the bank’s Payment division was under considerable strain.

“The Payment section had running projects that hadn’t delivered anything for years. They had projects underway that just weren’t prioritized based on value. Some of the key initiatives were under a significant amount of pressure from a compliance deadlines perspective. They were also struggling from a ‘getting things done’ perspective,” explains Mark Munnich, SAFe® Program Consultant and Delivery Director from Cprime.

Cprime Agile Coach Vipin Gupta adds, “The teams were delivering work in a waterfall manner. They weren’t shipping systems ready for their customers and franchisees to validate. When they did finally deliver systems, they had to wait for additional security and internal compliance checks as a post-development stage-gate process. That prompted the organization to think about how they could begin to deliver more initiatives on time with a clear understanding of customer value. They had attempted to adopt a more agile process at the team level based on their own understanding, but had never sought any expert help.”

Getting Started With Cprime—Understanding Processes

Realizing that its homegrown efforts at an agile methodology weren’t working, the bank turned to Cprime to aid its shift to the new age development strategy. After an initial consultation, the Cprime team set to work to understand the business and discover its pain points. They began by engaging selected platform leaders to clarify the scope of their work and ensure it aligned with the bank’s business objectives.

“In terms of agile development, the leaders didn’t recognize the value of prioritizing what teams needed to deliver,” says Gupta. “They needed help with how to manage upstream and downstream dependencies within and outside of their teams that were keeping them from delivering the right solution.”

At the team level, Cprime conducted agile health checks to assess the bank’s end-to-end delivery workflows, processes, and tools in use. “The health checks were a combined team effort. Asking questions related to their DevOps practices allowed us to establish the maturity level of our pilot teams. Those metrics established the overall baseline maturity level of the teams. That baseline formed the foundation of how we planned to engage with all of their teams going forward,” says Megha Mehta, DevOps Coach & Transformation Specialist.

“Cprime’s goal was to understand the bank’s development architecture and business objectives, come up with a template for success, then implement and scale it across the entire Payments section.”
– Rishabh Sood, DevOps Coach & Transformation Specialist

After evaluating the results of the discovery process, Cprime focused its roadmap on improving two key areas: DevOps and WoW (Way of Working).

The plan was to empower the bank’s feature teams to set up automated, autonomous CI pipelines, build up their literacy on DevOps best practices, and streamline their development practices with an emphasis on branching, merging, and release strategy. The ultimate goal was one-click deployments within each team and regular, predictable release cycles.

When it came to WoW, the bank’s teams needed to enhance the skill set for their scrum masters and improve capacity understanding and estimation of work items at different levels. Fundamentally to do away with waterfall plans and a continuous feedback mechanism a) to embrace the flexible mindset, b) become predictable, and c) bring a culture of collaboration across all layers. They also needed training to use tools like Jira, Lean Kit, and Jenkins to their best advantage. In addition, the bank needed key stakeholders in place to drive change and prioritize their development backlog. Above all, they needed feature planning to conform with business objectives and future goals.

“We took a few features teams and put together a foundational blueprint we could scale across the remaining platforms,” says Rishabh Sood. “It took seven months—The original plan was for 4 months wherein the first month was spent executing the DevOps health checks, analyzing the current maturity of the systems & DevOps processes. We then came up with a target operating model and a roadmap for the entire transformation journey. The next 3 months were earmarked for implementing the changes to meet the goals identified above. But it was at this point that we hit the company’s operational roadblocks which derailed this initiative and led to an overall delay of 3 months.

Before they could begin, however, the Cprime team had to address roadblocks with the bank’s web application firewall. The firewall approval process was fraught with unknowns that hindered development with a slow implementation process. Among the unknowns were non-standard processes for app proxy requests as well as a lack of ownership and the accountability to see errors made right. The Payment teams had issues with team dependencies between systems and infrastructures that resulted in further delays in the bank’s release cycle.

“The platform leadership and initiative sponsors gave Cprime complete buy-in support and intended to remove impediments,” recalls Gupta. “But the bank had attempted similar transformations with varying success in the past. It took their teams some time to overcome transformation fatigue, to understand Cprime was in it for the long term, and to realize the value and benefits of what we were proposing. Once that occurred they were coming to us with requests and suggestions.”

Knowledge is best dispensed in digestible pieces. “Initially we set up pipelines for the teams to show them best practices—to say to them, ‘This is a good CI pipeline and this is a good deployment process.’ Later we got them to do everything themselves, coming to us only for guidance. Finally, the teams led themselves by independently delivering the next set of pipelines and the deployment. We ramped them up with best practices and knowledge. That’s how we spent our six months,” says Sood.

Engaging with a large organization is no small undertaking. “We worked with 45 teams across 10 platforms. At its highest point there were 12 members on the Cprime team,” says Munnich. “Between the various platforms and portfolios, counting management, platform leaders, and features teams, there are 1,000 people across Payments—by the time we are done, we will have affected everyone in that part of the organization.”

Time zones added further complexity. “We had Cprime team members working with us from India, Singapore, and the UK. We all aligned our schedules with the teams at the bank to coach them during their business hours,” explains Mehta.

Adding up the Improvements

With its firewall issues behind it and training in full swing, the bank saw significant improvements over a period of six months. At the highest level, the participating teams’ software deployment cycles accelerated to 90 times per month, from a prior once per month. The teams had achieved the goal of delivering viable software in a predictable timeframe.

Likewise, the CI pipeline, the holy grail of agile software engineering, hit 71 percent from its health test baseline in the low 30s. This was no doubt aided by a new high of 67 percent in DevOps tools integration across teams that received the Cprime training. Prior to the Cprime training, the bank was unable to track these metrics.

In terms of WoW and agile processes, the teams have now integrated dev and test sprints, and sprint lengths have already halved—reduced to two weeks from a baseline of four to enable early feedback and value delivery. The trained teams are also much more collaborative and raise risks proactively in contrast to the bank’s early struggles to establish clear ownership and accountability for features under development.

Moving away from the waterfall model and reactive software development, teams are breaking down their work items and delivering value through Program Increments. Improved competence in user story integration with Jira further ensures that new feature development is in line with the bank’s strategic business goals and provides clear value to its customers.

To avoid reverting to bad habits, each team has also identified Agile change agents in the form of scrum masters and tech business analysts to keep the teams on track. In addition, the knowledge repository is always on hand to help train and educate new team members and collaborators in best practices and maintain development velocity.

Every member of the Cprime team is quick to point out that the transformation is still in its infancy and there are more improvements to come.

“The bank has a roadmap that takes us to the middle of next year, and then we focus on restructuring above the team level,” says Munnich. “That includes all the portfolio levels, and there are four levels that we need to get involved with above that. This is an ongoing initiative and we’ve discussed another two years’ worth of work to make the Payment section fully agile.”

Vipin is an Enterprise Coach with hands-on approach to bring outcome based cultural and transformational changes in organisations with end to end alignment. He comes with a technical background and has strong Delivery Management experience of medium to large size programs. 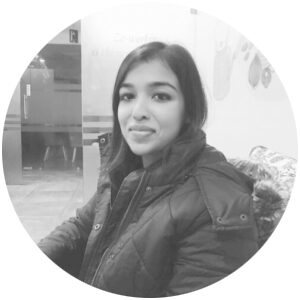 Megha is a DevOps Coach who works with teams to support their DevOps transformation initiatives by understanding gaps and issues, and helping teams address problematic areas by building effective CI/CD implementation and inculcating a DevOps mindset. 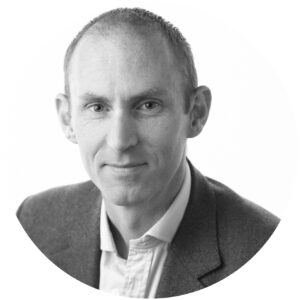 Mark brings a wealth of experience to implementing change in large, global organisations. He blends his Agile and transformation experience with his experience leading large teams as an Officer in the British Army and his passion for coaching individuals, teams and businesses to achieve higher performance. 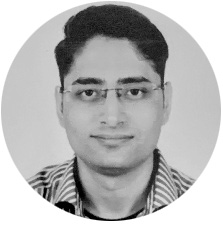 Rishabh is a DevOps Engineer with over 8 years of hands-on experience in Cloud solutions architecture design. He is highly-skilled at supporting, automating and optimizing mission critical deployments in AWS, leveraging configuration management, CI/CD, and DevOps processes. 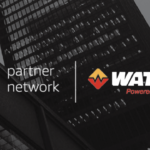 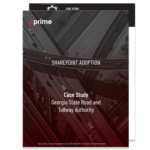