Getting SAFe© off the Ground at a Major Global Airline Group

With over 58,000 employees, multiple airlines, and several operating companies to oversee, this air transportation giant turned to Cprime to align its siloed business units and transform its legacy systems. 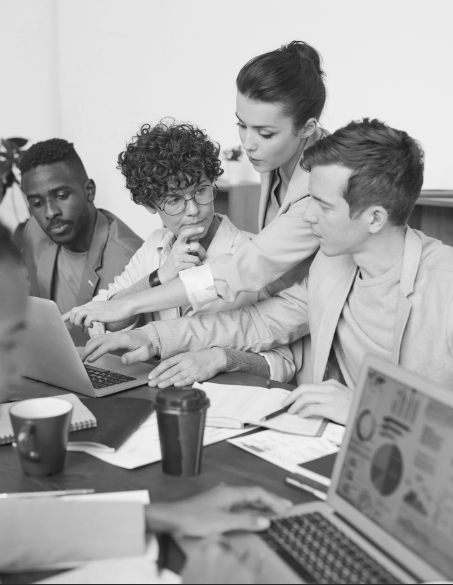 Established in 2011, this company has grown into one of the world’s largest private airline groups. They own leading airlines in Ireland, Spain, and the United Kingdom. Further, its premium and budget brands serve over 270 destinations worldwide and carry a total of 113 million passengers annually.

The heart of the group’s competitive strategy is the integrated logistics platform all its airlines share. This common platform allows the group to maximize its efficiency and performance. It is an approach intended to simplify operations and allow its subsidiary airlines to maintain unique identities while encouraging loyalty through rewarding customer experiences.

With three operating companies (OpCos) providing internal technical, cargo, and business services, the goal was to enable each of its airlines to focus efforts on target customers rather than logistical concerns.

However, the group’s technical arm, a vital part of its infrastructure responsible for customer relationship management, couldn’t keep pace with the demands of the organization’s airlines and other operating companies. Consequently, this shortcoming undermined the core operations strategy and caused friction between what should have been complementary business units.

“Our executive sponsors appreciated that Cprime wouldn’t just use its own people to fill roles—we would train their people to do the work. They also knew that, because Cprime teams are multifunctional, we could achieve results more economically using fewer people.” — Sian Bernadine, Cprime Delivery Manager

“Operating under the waterfall model, the technical unit struggled to move fast enough to meet the rest of the organization’s needs,” explains Cprime Delivery Manager Sian Bernadine. “As a result, the other operating companies elicited external technical support. This resulted in increased expenses, lost revenues, and reduced value delivery.”

Discrepancies in the Agile maturity of the different airlines within the group presented another pain point that affected consistency or efficiency. 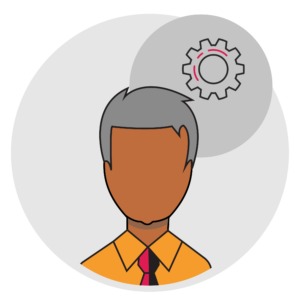 “The largest airline in the group, a national carrier, is a legacy institution that has been around for decades. Like the technical unit, their systems and business process needed to catch up with modern technologies and ways of working—even accepting certain credit cards for online bookings was problematic,” says Bernadine. “Under these conditions, the carrier struggled to pivot when the COVID-19 pandemic stopped passenger travel. It was equally slow to get everything up and running when travel finally resumed.”

The airline group was losing out to other airlines that could adapt and offer services more quickly. It needed to get its airlines and operating companies on the same page. The organization needed a framework to enable innovation in the form of stable, high-performance, and quick-to-market products and systems.

Attempting to put theory into practice

But achieving transformation and progressing its Agile journey across multiple OpCos and business functions presented multiple pitfalls. The airline group had previously attempted an Agile transformation by enlisting a high-profile international business consultancy to help it create a collaborative roadmap and ways of working consistent with the Scaled Agile Framework (SAFe©). Despite a two-year effort, the results proved more theoretical than practical.

“Although they worked with management to create a viable operating model, the consultancy lacked SAFe© execution knowledge,” says Bernadine. “They weren’t successful in setting it up or scaling their ideas across proper Agile teams. They created some Agile pockets, but they weren’t coherent or widespread.”

The consultancy was also filling Agile roles with its own people rather than offering practical coaching and driving value-centric behavior. The solution was neither cost-effective nor sustainable.

When the consultancy suggested hiring two more external specialists at a significant expense rather than working to train the airline group’s existing resources, management turned to Cprime.

“Based on a successful Cprime engagement in another area, when the airline group committed to a full SAFe© transformation they looked to us to get the ball rolling,” says Bernadine. “Our executive sponsors appreciated that Cprime wouldn’t just use its own people to fill roles—we would train their people to do the work. They also knew that, because Cprime teams are multifunctional, we could achieve results more economically using fewer people.” 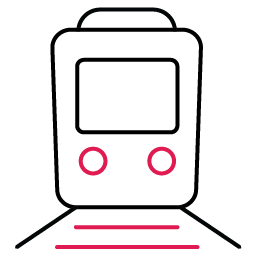 “We didn’t go straight in and push them to an Agile release train. Our first step was building scrum teams and helping them sprint. We coached them on how to be agile, building SAFe© habits, and reinforcing Agile ceremonies,” says Bernadine. “Once they were working as Agile teams we made sure they understood what they needed to do to PI plan their next eight weeks of work.”

Not surprisingly, within three months the teams from the technical unit were working autonomously toward their first release.

“With the release train established and PI 1 complete, they were self-sufficient in Agile. We proved the concept with the technical unit and the group’s management saw clear improvement,” says Bernadine. “That’s when they let us loose on the flag carrier and extended the engagement to include the other operating companies—cargo and ground services.”

Results: From Overpromising and Underdelivering to 93% Predictability

With phase one complete, the effects of the transformation are apparent throughout the technical unit. The technical teams achieved 93% predictability in PI 1. They did this by setting aside the waterfall method in favor of an Agile release train. It was a vast improvement over their previous achievements. Having effective technical support alone equated to savings for multiple operating companies. Their ability to deliver value when and as promised had obvious business benefits.

“Technical have built up their internal capability. They don’t have to rely on sending products outside of the org to get built. Other business units no longer need to hire temps to complete vital tasks. They are providing real business value by internally creating products and services more quickly,” says Bernadine. “One practical benefit is that recruits no longer need to wait days to get their laptops. Employees can start working as soon as they come through the door. That has restored faith in the tech team throughout the organization.”

The group’s management was particularly happy with the technical unit’s shift to product-centric Agile development from its previously hierarchical, inconsistent, and siloed approach.

“We have significantly improved Agile capabilities across our organization. We now have a healthy technical backlog and have abandoned the silo mentality in favor of collaboration between our OpCos and business units.” — Executive Sponsor

“We have significantly improved Agile capabilities across the organization,” says one executive sponsor. “We now have a healthy technical backlog and have abandoned the silo mentality in favor of collaboration between our OpCos and business units.”

The transformation has also positively affected the cultural conditions within the technical group.

“One of the first things we noticed was that the teams were a lot happier,” says Bernadine. “People’s habits have changed because they understand the business vision—they know what they are working toward.”

A future of independent Agile transformation at scale 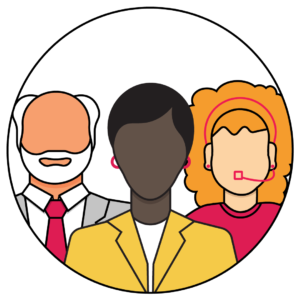 Following up immediately on phase one’s successes and the transformation of the technical unit, the airline group began phase two. Its goal was to establish similar PI planning and Agile release trains in the cargo and business OpCos and bring the national carrier’s Agile maturity in line with the rest of the organization within three months.

“These are changes that will improve the delivery quality and speed of our work. That will allow us to pass on greater value to our customers,” the executive sponsor explains.

Cprime will also remain on hand to provide the airline group with the knowledge and expertise it needs to independently scale its SAFe© transformation.

“As phase two wraps up, we are building the airline group’s Lean/Agile Center of Excellence,” says Bernadine, describing the initiative that will allow the airline group to scale the remaining transformation on their own by training SAFe© program consultants and consultant trainers.

“Once that is in place, Cprime will have given them complete self-sufficiency and the Agile tools they need to achieve anything,” she concludes. 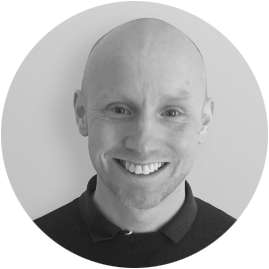 Allan has previously worked in the Information Technology Sector working with clients through Project & Account Management. Allan enjoys the day to day internal and external stakeholder management to achieve targets and goals that benefit all. In his 4 years working for an IT service provider Allan worked in each of the product life cycle areas from requirements and innovation, pre-sales into delivery. 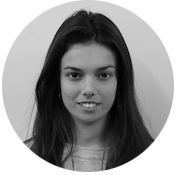 Sian joined Cprime in 2021 as a Delivery Analyst. She brings with her previous experience delivering business transformation and improvement projects in industry. Sian works across all the delivery teams to ensure focus is retained on business objectives and to drive high performance in teams. 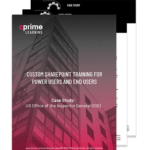 Case Study: US Office of the Inspector General (OIG)

The Challenge Like many organizations, the OIG invested substantial time and effort into their SharePoint… 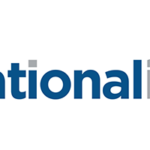