Your Role as a Project Sponsor

While teaching a project management workshop recently, we were discussing the roles and responsibilities of the project team. One of the participants raises the issue of disengaged Project Sponsors and understanding their roles. I am not sure how many Project Managers may have encountered this type of scenario, but I can tell you first-hand, this can be disastrous.

As a group, we began discussing some of our own experiences with respect to having a Project Sponsor who does not appear to be interested in our project or committed to our success. As you can imagine, there were a lot of experiences based on similar scenarios. Although we found ourselves diverging from the workshop curriculum, we found this topic both interesting and informative.

Impacts to the Project

We quickly came up with a list of potential impacts to the project, the team and the organization overall.

Although we certainly did not come up with one answer to resolve all of the issues associated with a disengaged Project Sponsor, we did find some themes to our discussion:

As a Project Manager and Project Team Member, I would like to suggest that we are in the position to pro-actively turn these scenarios around and, potentially, prevent them from happening in the future. Project Managers are discussing roles and responsibilities with Project Team Members at the kick-off meeting. Is the Project Sponsor in the room to hear what the responsibilities are for the various team members, including themselves? The Roles and Responsibilities document should also include the Project Sponsor and how that role can be critical to the success, or failure, of a project. Additionally, the Project Sponsor is in a position within the organization to have a better understanding of how this project will contribute to the overarching strategic plan. Therefore, any success with this project will roll right up to the organizational strategy and support of those strategic goals.

As Project Team Members, let’s establish an environment that will enable our Project Sponsors to be as successful as we are. Here are some ideas on how we can make that happen:

If you are already acting in the role of a Project Sponsor, are you taking into consideration some of these observations from both Project Managers and Project Team Members?

Be the type of Project Sponsor that everyone wants to work for. You can do it. 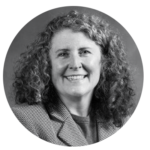 Static Testing: What You Need to Know View Now