The business environment we find ourselves in is one of consistent change. One of the biggest drivers of that is technology. As a result, there's always a need for more and different technologists. This global leader in casualty insurance was no exception in the summer of 2020 when they put out an RFP looking for solutions. They were struggling to find enough developers while facing downsizing in other areas. The innovative solution proposed by Cprime won their attention and support. 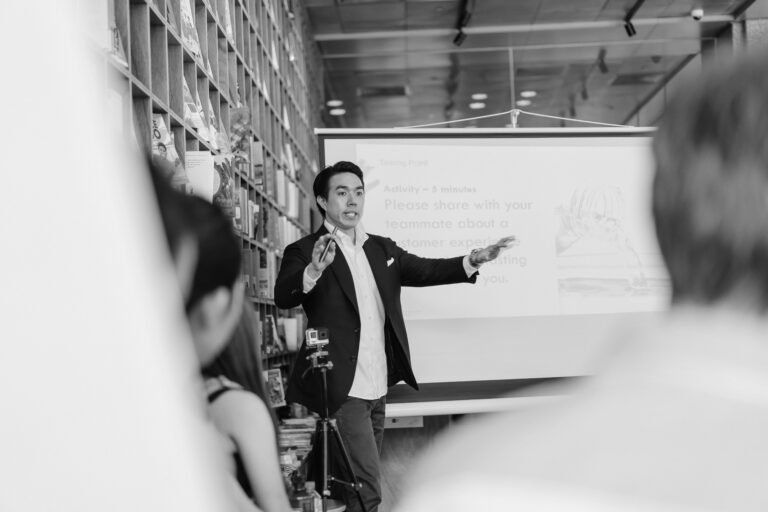 The company is a leading underwriter of commercial property-casualty insurance in the US. It also operates a large national personal insurance business through independent agents across the US. A Fortune 100 organization, they have an extensive international portfolio as well.

Through its network of nearly 50,000 employees, the company has established a solid reputation in the industry. Making the best of available technologies is how they remain responsive to their clients’ needs.

The MakeDev Program is an offering wholly unique to Cprime and addresses the ongoing tech labor shortage. It allows companies to build new tech talent from their current valued, experienced workforce. These are positions that may otherwise be downsized or reallocated in the future. The same framework can also be applied to quickly upskilling new hires who have never worked in software development before.

Not a standard bootcamp training program

Cprime has long been a leader in the technical agile space. They have over thirty years of experience in training and professional development. Importantly, trainers and coaches are not just experienced teachers. They are practitioners who are in the trenches using the skills they’re passing on.

Ken Robinson, a Cprime technical agile coach who participated in the program, explains, “this is not a standard bootcamp. We’re not just dropping a bunch of knowledge on these students and sending them on their way. Rather, it’s a strategic combination of training, coaching, and real-world apprenticeship that leads to real, applicable skills.”

Nate Ashford, Cprime strategic technical coach, was the lead on this program. He added, “We employ a model that ensures that the short time we have is the most impactful. Rather than spending time on lectures and notetaking, students come into class with the curriculum already in their minds. They use in-class time to discuss, work out problems, and establish good habits. This helps them synthesize what they’re learning with what they’ve already learned.”

Bespoke instruction based on each student’s needs 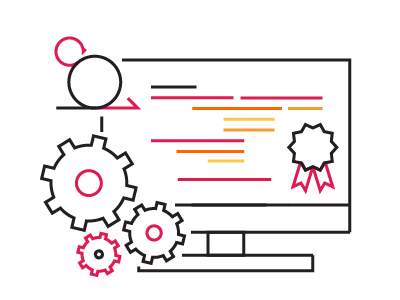 The complete program spans six months. This is longer than most boot camp programs, but a fraction of the time spent obtaining a computer science degree. The first four months are dedicated to classroom instruction and coaching. Then, the last two months of the program, the students work as apprentice software developers. They receive coaching and mentoring support as they work on the team’s actual backlog tasks.

David Passarelli, who is a Cprime technical coach, partnered with Ken Robinson to implement the MakeDev program at this company. He noted, “I think one of the keys to the success of the MakeDev program is that Ken and I had the opportunity to get to know these students so well. We were encouraged to go beyond just being teachers and became mentors, confidants, even cheerleaders, as needed. We could truly tailor the instruction to each student’s unique needs, strengths, and learning styles.”

This unique reskilling program offers companies the opportunity to address more than one challenge at the same time:

“In this case, I worked closely with the HR team at this company to address each of these challenges head-on,” says Ashford. “When we were looking into how to roll this out to the broader organization and choose participants, we developed our criteria with these issues in mind. Eventually, we settled on a simple essay contest to judge interest in participating and jumpstart the application process. The announcement went out to the entire organization, asking interested applicants to write a brief essay. We asked them to explain why they wanted to participate and what it would mean to their lives.”

They received over five hundred applications for the twenty available slots.

“We found that many who applied for the program fit closely with the established criteria,” Ashford recalls. “We weren’t looking as much at previous work experience or education, but rather at demonstrated skills such as logical reasoning, problem-solving ability, perseverance, and the grit required to take on a rigorous learning challenge.”

Robinson explains, “We knew the curriculum and our coaching ability were sufficient to provide the basic skills these folks needed to succeed in this program. But, if they didn’t really want it — if this wasn’t something they were willing to commit to for reasons beyond curiosity or just a paycheck — we knew it wouldn’t be enough.”

They were also excited to find it was a highly diverse group of applicants. “Eighteen of the final class of twenty students did not fit the standard profile for software engineers across industries. It was so exciting to see,” Passarelli shares.

Most of those selected to participate came from the claims processing and customer service departments — areas of the business facing potential downsizing for the reasons cited above. “Now,” Ashford states, “these experienced claims processors and CSRs are working on the building and enhancing of the very internal systems they previously used to serve customers. Traditional recruiting methods could have never found that kind of in-depth domain knowledge and experience.”

A student-centric approach based on empathy

“What I love most about the MakeDev model,” Pascarelli notes, “is the personalized attention and guidance we, as instructors, can provide.”

Both Ken and David hail from long careers working on development teams in a corporate setting, much like the students they now train. This provides a level of empathy and practical experience that far exceeds what a purely academic teaching model would offer.

Robinson concurs, “As the students progressed through each unit, they inevitably ran into more challenging areas that required a little more support or explanation. The program makes that easy by design. David and I didn’t have to slow the entire group to help one person or force anyone to keep up when they couldn’t do so. And, our experience working in corporate IT teams made it easy for us to relate our coaching to the kind of problem-solving situations they would need to face in the future.” 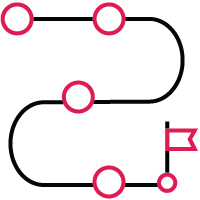 All twenty of the pilot program’s participants graduated from the MakeDev program and began working as entry-level software engineers immediately after. Two years later, nineteen are still working in the company’s IT department, most as level two or three engineers at this point.

Leaders within the organization have noted that having these graduates on their teams has had a positive impact in several ways:

Many departments and leaders, including the CEO himself, joined in to support and encourage the students as they progressed. Robinson recalls, “When the students finished the classroom portion of the program after four months, we held a graduation ceremony. The number of people from around the organization who wanted to attend and join in the celebration was surprising.”

Ashford adds, “I even overheard the CEO say this was the easiest funding approval he’d ever signed. He said the value to the organization was just undeniable.”

Plans to repeat the process

The company is now planning to repeat the process, perhaps on an ongoing basis.

“That makes sense,” Passarelli concludes. “The drivers that make the MakeDev program such a powerful solution aren’t going away anytime soon. As this company learned, the pace of change and ongoing need for software engineers makes it an unbeatable value proposition in today’s market.”

Nate is an experienced architect, agilist, and business leader focused on helping organizations navigate technology transformations to innovate and adapt to the accelerating rate of change in the market. Over 20 years as an Agile Coach and Practitioner, Nate has developed a simple, pragmatic approach that draws from multiple frameworks and methodologies, and emphasizes empathy, personal growth, and process automation.

David is an experienced software developer who is passionate about helping others to learn about Agile principles and practices. With an extensive background in multiple technology stacks, a keen awareness of security and privacy best practices, and a deep understanding of Lean and Agile methodologies, David understands how to design, develop, deploy, and maintain software in a secure, sustainable way.

Ken is an energetic leader who uses passion and imagination to empower individuals and organizations to fulfill on their mission. He has a background in software engineering, project management, training, and coaching. Ken utilizes an interactive model of transformational education that engages and empowers teams to identify and take steps to transform their teams and their organizations. 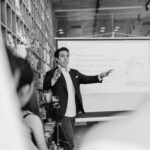 When You Can’t Find Tech Talent, Grow Your Own 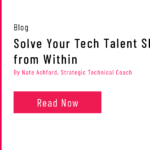 Solve Your Tech Talent Shortage from Within

Over the last 15 years, I’ve hired dozens of software engineers, and it has never…