The organization faced regulatory challenges and deadlines that limited its accomplishments and growth for several years. They made great strides to improve their operations over the next ten years, but there was still much to do. They knew that a big part of their ongoing strategy would be a tremendous digital transformation. They also saw on the horizon that budgetary adjustments would require a significant reduction in headcount. 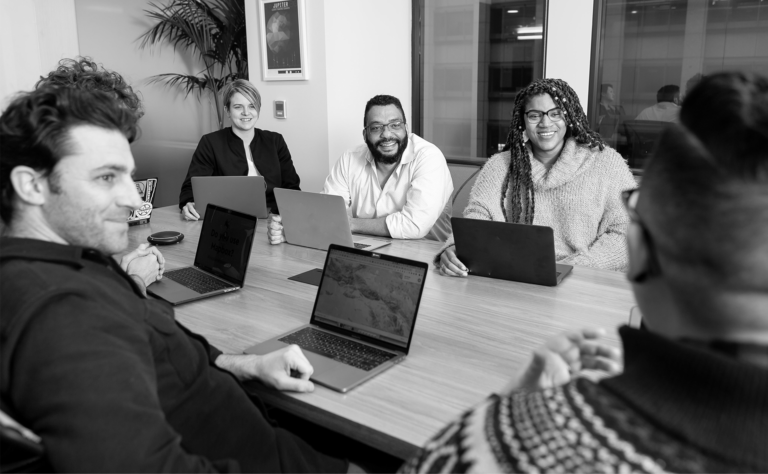 One of the Biggest and Best at What they do

This large lending organization has worked with Cprime coaches for over two years, running an immersive internal learning environment known as an Enterprise Dojo. In the following case study, we will dive into the impetus behind the engagement, the challenges that needed to be overcome, how Cprime coaches solved those challenges, and what the organization has achieved as a result.

This company is one of the largest in the U.S. in terms of total assets with over $3.5 trillion. Focused primarily on mortgage securities, millions of Americans rely on them to support and manage the funding that makes homeownership possible. With such a vital role in the nation’s economy and the lives of so many people, the company places a high priority on producing consistent value for their customers, maintaining a high level of quality in all operations, and supporting business agility.

From Recession to Progression

Like so many other organizations in the housing market, the industry’s collapse during the 2007/08 downturn and subsequent recession left the company reeling. The organization faced regulatory challenges and deadlines that limited its accomplishments and growth for several years. They made great strides to improve their operations over the next ten years, but there was still much to do. They knew that a big part of their ongoing strategy would be a tremendous digital transformation. They also saw on the horizon that budgetary adjustments would require a significant reduction in headcount.

So, with an initial goal of exploring and preparing for a large-scale systems migration to the cloud, they sought out frameworks for training and consulting help to get their migration up and running. Importantly, as they explored options for facilitating their digital transformation, they became aware of the Dojo program pioneered at Target and enabled by Cprime Product Agility. They were impressed by the immersive quality of the Enterprise Dojo and the fact that, unlike standard training classes, the approach revolves around learning and applying the lessons by working on actual tasks from the teams’ backlogs.

They reached out to Cprime to help set up an Enterprise Dojo to rapidly bring their teams up to speed in preparation for their cloud migration. Once Cprime experts arrived on site, the full scope of the challenge came to light:

In all these cases, however, ingenuity on the part of the coaches and a real sense of trust and partnership allowed Cprime to overcome the challenges as they provided a set of solutions that continues to stand the test of time. 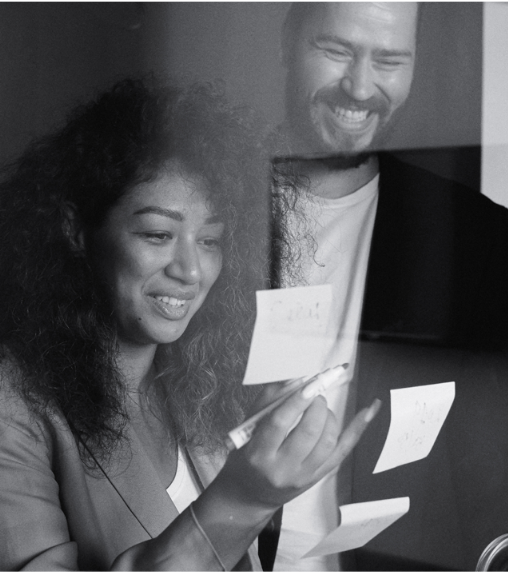 Creating A Unique Experience to Fit Their Needs

The stakeholders at this company had already visited the Target Dojo and had an idea of what to expect, but it was vital to ensure that this wasn’t just a carbon copy. Instead, we wanted to provide an experience customized to their unique needs and objectives. So, we started with a proof of concept pilot program involving a few teams with different skill sets and varying experience levels. The most immediate goal for the Dojo was to quickly upskill their development teams in preparation for what would be a significant migration to the cloud.

This was in the midst of a slow-and-steady digital transformation that had defined the engineering org’s path for some time. They needed to see clear improvement in general team maturity and technical due diligence to counteract these pressures. The Dojo concept quickly became a rallying point for them in their effort to overcome this nagging challenge and move forward.

After just three months, the teams involved had clearly honed their skills. They were fired up to get back to work and keep rolling with the new skills they’d learned. Coming out of that pilot, we’d learned a lot about the organization, their culture, and what was driving their desire to change and improve.

Additionally, one of the teams had a real breakthrough during the pilot program that added impetus to much of what followed. In an effort to apply the customer value-centered product mindset we preach, this team brought in an actual customer (a mortgage security trader from the local area) to weigh in on a particular workflow they were tasked with re-engineering. In just a few short discussions, they were able to streamline the process dramatically based solely on what the customer wanted and needed rather than “the way they had always done it.” The resulting workflow saved tremendous time for the engineers and customers alike.

Additionally, right from the beginning, the organization tasked us with bringing their own relatively new coaches up to speed to eventually run teams through the Dojo in parallel with the teams we would be running. So, that could have presented a logistical challenge as it could have split the focus of our coaches running the Dojos.

Training Internal Coaches Additionally, right from the beginning, the organization tasked us with bringing their own relatively new coaches up to speed to eventually run teams through the Dojo in parallel with the teams we would be running. So, that could have presented a logistical challenge as it could have split the focus of our coaches running the Dojos.

Following the successful pilot, Cprime launched the initial Dojo program — four teams running concurrently during each six-week challenge — focusing on building a product mindset among the teams. We wanted the teams to fully understand the roles of the product owner and product manager: what they do, how they collaborate, and how they could support each other as they moved from “doing projects” to building products.

While the initial charter wanted us to focus on building automation, pipelines and embracing DevOps culture, we realized early on that there was more of a need for fundamental engineering skills in testing strategies, code quality, and social approaches to software development. Cprime coaches worked with the client to shift their priorities to a focus on engineering principles.

As a result, we did not spend much time on DevOps skills in the early iterations. However, we did collaborate with their DevOps leadership to make sure they could support the teams coming out of the Dojo and be aware of what changes they could expect as the teams applied what they learned.

During this period, as part of a more extensive internal reorganization, the company allowed many contractor contracts to lapse and concentrated on employing and developing full-time talent. The Dojo fit very well into that strategy. We were able to help existing internal team members improve their productivity to help weather the loss of external help in the short term and bring new team members up to speed quickly shortly after the company hired them. We were also thrilled to see the excitement build internally around the Dojo. While we were still on-premises (pre-pandemic), alumni often returned to talk with the Dojo teams and view what we were working on at the weekly share events. A real Community of Practice was forming.

The Following 18 Months and Beyond

By the end of 2019, we’d worked through all the initial teams the company wanted to see go through the Dojo, and they’d had time to watch the teams mature dramatically as a result of the experience.

At that point, we overhauled the menu of skills we were focusing on in the Dojo. Rather than foundational product mindset and supporting skills, we began to hyperfocus on those DevOps areas the teams needed most. Google SRE, DevOps pipelines, cloud enablement, and a host of other subjects became the focus of the experience.

Before approaching these subjects in the Dojo, the company’s enablement program was relatively thin and lacked practical application of the material. Although teams had been given the tools they needed to do the work, they had little in the way of practice or internal subject matter expertise to rely on. We brought the individuals handling that enablement into the Dojo to benefit from the coaching and experience we were bringing to the table and learn more effective ways to enhance the enablement experience outside the Dojo.

To facilitate this dramatic change in our offering, we had to rethink how we handled technical coach staffing for these Dojos. We needed to rotate some coaches out and others in without disrupting the ongoing program. We began to see the same teams who had been through the initial Dojo six or eight months before coming back through to focus on these new skills. Without a doubt, the teams had matured dramatically since their previous challenges, so they attacked this new iteration enthusiastically. Likewise, internal coaches had to be brought up to speed on the latest offerings to continue adding value in their role.

In its most recent iteration, we see teams coming through the Dojo a third time. And, at this point, their maturity level is so high, they’re showing impressive autonomy and problem-solving skills. They can receive a very loose problem or idea and do all the necessary work to break it down into an ordered and sized backlog centered around the user or a business impact. They can run with it all the way to shipping it into production and responding to any incidents that occur post-production.

Thus far, eight Cprime coaches have worked with over 150 team members in the Dojo, some three times in two years. This is a longer-running Dojo engagement than average, and there’s no plan yet to scale it down or stop. We are discussing the possibility of scaling the program up to include the entire enterprise.

The results this company has seen from the Dojo have been nothing short of remarkable.

Perhaps the most impressive results of the Dojo program at this organization are less quantifiable, but our coaches have heard and experienced it, as have stakeholders within the company. There’s a notable improvement in morale, camaraderie, and enthusiasm that now permeates the teams. One team member expressed it best when he said, “we went into the Dojo as a team, but we came out as a family.”

Nate is an experienced architect, agilist, and business leader focused on helping organizations navigate technology transformations to innovate and adapt to the accelerating rate of change in the market. Over 20 years as an Agile Coach and Practitioner, Nate has developed a simple, pragmatic approach that draws from multiple frameworks and methodologies, and emphasizes empathy, personal growth, and process automation.

David Laribee is an independent coach, author, teacher, and speaker in the area of software-intensive product development. Over the last 20 years, David has founded startups and consulted in Fortune 50 enterprises. David is a two-time Microsoft MVP in C# and Solutions Architecture and co-founder of the ALT.NET movement, which spawned dozens of user groups across the globe dedicated to open source and modern engineering practices.

An Alten Company, Cprime is a global consulting firm helping transforming businesses get in sync. Cprime is the partner of choice for Fortune 100 companies looking to achieve value and agility. We help visionary business leaders compose solutions, execute implementations, and exceed against business goals. With our key partnership recognitions, including Atlassian Platinum, AWS Advanced, and SAFe® Gold SPCT partner, our industry-leading software and services work in synergy to deliver transformations. 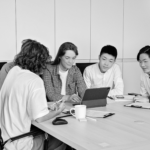 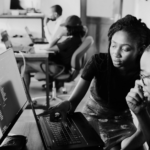