5 Agile Retrospective Formats to Put in Your Toolkit

The original title of this article was going to be “Which format(s) to use for Agile retrospectives”.   As soon as those words appeared in print, it became clear that the article might as well be called “Which food to eat for dinner”.

The truth is, the menu of options is a virtual smorgasbord.

According to the official Scrum GuideTM :

The purpose of the Sprint Retrospective is to:

Most teams that follow some semblance of a Scrum framework know the standard Agile retrospective format something more like this:

In order for Agile retrospectives to be truly effective, there must be a willingness from the team to learn and adapt.  Feedback must be able to be delivered in a psychologically safe and vulnerable way.  That, in itself, is a major undertaking and the reason why the role of the Scrum Master might need to be relabeled as “Collaboration Architect”.

After the team has spent month developing the kind of trust and accountability to results described above, they can then choose one of the following Agile retrospective formats to stimulate insights and innovation.  These are some of the best that the Agile world has to offer.  Each is designed to stimulate some combination of Ideation, Prioritization, Visualization, and Simulation within the team.  (These retros are also great for heating up a cold winter date night.)

Try one of these Agile retrospectives today and reflect on what you observe. Good luck! 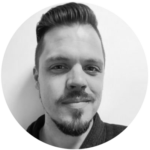 The Power of Vision Statements for Teams View Now