If you want a reliable method for creating containerized applications, Kubernetes may be ideal for developing and running your applications. As more and more apps are built with containers, Kubernetes continues to serve as effective open-source software that helps scale applications for proper deployment and management. With increased scalability and dependability, you can benefit from more overall efficiency through the use of Kubernetes for app development and deployment. 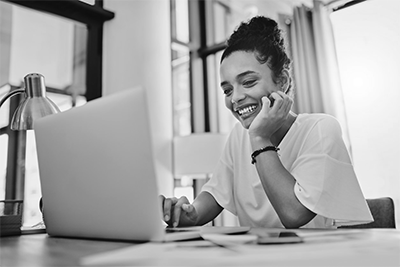 Over time as your applications become increasingly complex, it may not be enough to use a Linux container. In fact, you may wind up relying on several containers, which can make it more difficult to scale as you have to micromanage each container. In the process, your development team will be responsible for scheduling the deployment, networking, and other aspects of each container to maintain cohesion across them.

Through the use of Kubernetes, you can gain more control over containerized app development and deployment on a larger scale. This system helps automate the process by grouping multiple containers together if they run the same application. Kubernetes then automatically allocates resources, manages service discovery, analyzes individual resources to monitor their health, and performs other tasks as needed to facilitate successful deployment.

Why You Should Use Kubernetes

It can be a challenge to maintain containerized applications if you need to manage multiple containers across different systems. Kubernetes makes it easier to manage them together and scale them based on your needs. If you’re not using Kubernetes to help you organize and run your applications, they’ll be more vulnerable to faults while suffering from less scalability.

Using Kubernetes, you can:

To understand more about how Kubernetes works and how it can help you deploy your applications, it’s important to learn about the different components and their functions. You may be familiar with some of these aspects, but others may be helpful to learn about as you dig deeper into Kubernetes and implement the system.

The smallest unit that Kubernetes uses is known as the pod. A pod is a group of containers, and all containers in a pod share the same IP address. Containers within each pod also share storage, memory, and other resources, which enables Kubernetes to treat them like one application. In some cases, pods will only have one container if the service or application consists of one solitary process. Over time, as applications become more complex, multi-container pods can simplify deployment without the need to manage each container separately.

Kubernetes uses what are called nodes to manage pods and keep them running. In short, nodes are the physical on-premises or virtual machines that the system uses to perform various tasks. While pods are used to hold the containerized apps, nodes hold the pods to enable them to work together.

Because pods are dynamic and an individual pod isn’t necessarily reliable, Kubernetes works to replace any pods that experience issues to avoid potential downtime. What services do is make sure that the exterior network doesn’t see any underlying changes that occur, which may include IP addresses and internal names that change as pods are replaced. The service accomplishes this by only displaying a single IP or machine name that’s designated to the pods undergoing changes.

Kubernetes deployments enable you to choose the details of how to replicate pods on nodes, which, in turn, defines the scale at which to run apps. Specifically, deployments detail the number of identical pod replicas you would like to run and the strategy in place when making changes to deployment. During deployment, Kubernetes can monitor the health of the pods and delete or create more pods when required, which will help maintain the desired state.

Administrators and users alike can use the Kubernetes control plane to control nodes. Through the use of HTTP calls or machine connections and scripts, operators can issue tasks and commands. It essentially functions as the control panel for you to use when managing the Kubernetes system.

The cluster is the collective name for the unit consisting of pods, nodes, deployments, services, and the control plane.

Control plane API servers enable all operations from the control plane to take place via endpoints with which pods, nodes, and other elements communicate.

Controller-managers help ensure that the cluster operates on the desired state by overseeing controllers responding to certain events, such as failed pods or nodes.

The scheduler assigns tasks to worker nodes. At the same time, it monitors resource capacity and makes sure that the node maintains optimal performance.

To help route incoming traffic from services to nodes, the Kube proxy is used. The Kube proxy transfers requests for work to designated containers.

Kubelets monitor the state of each pod to help maintain the functionality of containers. They achieve this by sending a status message to the control plane every few seconds. If the controller doesn’t get the message, the Kubelet marks the node as unhealthy and prepares it for replacement.

Kubernetes shares details about the cluster’s state via etcd, which is a kind of distributed key-value store. Nodes also have the ability to refer to the global configuration data found in etcd for automated setup once recreated and ready to run.

The Many Advantages of Using Kubernetes for App Creation

There are several key advantages that come with using Kubernetes for app development and deployment.

It’s Free to Use

One of the main benefits of Kubernetes is that it’s both free to use and open source. Since its inception under Google, Kubernetes is now a part of the Cloud Native Computing Foundation (CNCF).

The Ability to Run on Nearly Any Cloud System

Kubernetes is capable of running on cloud-based systems, along with on-premise hardware, which makes it very versatile. You can maintain consistency while using on-premise, hybrid, or full cloud systems. However, keep in mind that while many cloud providers support Kubernetes, some individual features may not be supported, such as load balancing.

Kubernetes allows users to horizontally scale the total containers used based on the application requirements, which may change over time. It’s easy to change the number via the command line. You can also use the Horizontal Pod Autoscaler to do this.

Another benefit that you get with Kubernetes is the fact that it’s declarative, which means that the system will work to maintain the desired state of the cluster, regardless of the state you wish to see fulfilled. Through declaration, Kubernetes’s automation can also minimize human error by producing consistent results, enable you to track changes to declared code using Git and other version control systems, and improve cooperation between developers through centralized, collaborative tracking and contribution via the shared version control system.

Better Use of Resources

Kubernetes also looks at the resources available to decide on which Worker Nodes to use for running a container. Subsequently, you don’t have to worry about using more resources than you need, which can reduce server and cloud usage and save you more money.

Containers can fail due to myriad reasons, but Kubernetes can keep them running by automatically restarting failed containers. Specifically, Kubernetes performs health checks to determine which containers need to be terminated and replaced, recreating them in the process.

Through the use of Kubernetes’s smallest computing unit, Pods, the system keeps your application containers running. Pods are more efficient than other methods for running containerized applications, reducing or eliminating downtime. This is because they use rolling deployments that create more pods and run them prior to getting rid of old pods. In the event of a failed container, Kubernetes also rolls back changes. As a result, you can benefit from additional uptime, which makes for a more optimal UX.

The Use of Microservices

Unlike other applications that don’t have modular or recyclable parts, Kubernetes drives the use of microservices when developers are writing code. Microservices help break code down into reusable and independent fragments known as services, which allows for increased scalability. Microservices are also easy to deploy more quickly, with more versatility than singular applications that don’t have those smaller, loosely coupled services.

While continuity among service communication is integral to a successful system, Kubernetes containers are more dynamic and liable to change, which means that a service may not remain in one location at all times. In other cases, service registries would be required to track the location of each container, but Kubernetes has its own solution that keeps track of pod locations and keeps services discoverable. The system assigns an IP address for individual pods and DNS names for pod sets, followed by load-balancing traffic to each pod within a set.

Kubernetes includes a storage solution in the form of a Volume, which enables data to outlast containers, but that data is still connected to the pod’s lifecycle. To help mitigate data loss, Kubernetes further maintains persistent cloud storage using the Container Storage Interface (CSI) standard, which the system uses to place volumes on CSI-supporting cloud storage systems.

It’s important to ensure that all tokens, passwords, and secrets remain hidden from container images, particularly if you use public registries to store containers. Thankfully, Kubernetes helps keep data private and secure through the implementation of Secrets objects, which serve as a secrets management solution that the etcd database supports. Using Secrets, you have the ability to keep passwords and other sensitive information secure and expose it later to keep it abstracted away from the container code.

In addition to Jobs objects that are intended for the completion of individual tasks, you can use CronJob objects to perform intermittent scheduled tasks that will complete the tasks at a designated time.

The Process for Deploying and Running Applications with Kubernetes

If you want to get started with Kubernetes, the following is a brief guide to help you use this system to create containerized applications.

The control plane is needed for the master node to connect with worker nodes. Operators and developers can begin by installing the kubectl command-line interface on their operating systems. The Kube API server will then be able to receive commands issued to the cluster via kubectl. Next, the API server connects with the controller-manager within the master node, which will dictate the command to the worker nodes, which receive commands via the kubelet.

After communication is conducted through the control plane, deployment can take place. When deploying apps and workloads, the master node will facilitate a consistent cluster state and configuration with the etcd. Using a YAML file, you can indicate a new state for the cluster when running apps and workloads. That YAML file then goes through the controller-manager, which uses the kube-scheduler to designate worker nodes to run the workload or app. The scheduler will then monitor the machines used and allocate resources as needed. If containers fail at any time, ReplicaSet will replace them to help maintain the current cluster state.

After deploying apps and workloads, it’s now time to organize them and adjust accessibility. You can allow pods, controllers, volumes, and services to work cohesively while keeping them separated from other components within the cluster. This is done by developing namespaces, which also apply consistent resource configurations.
Ultimately, this process helps maintain both scalability and reliability when developing and deploying applications through Kubernetes. Using this system, you can also benefit from additional security to keep all sensitive data consistently protected.