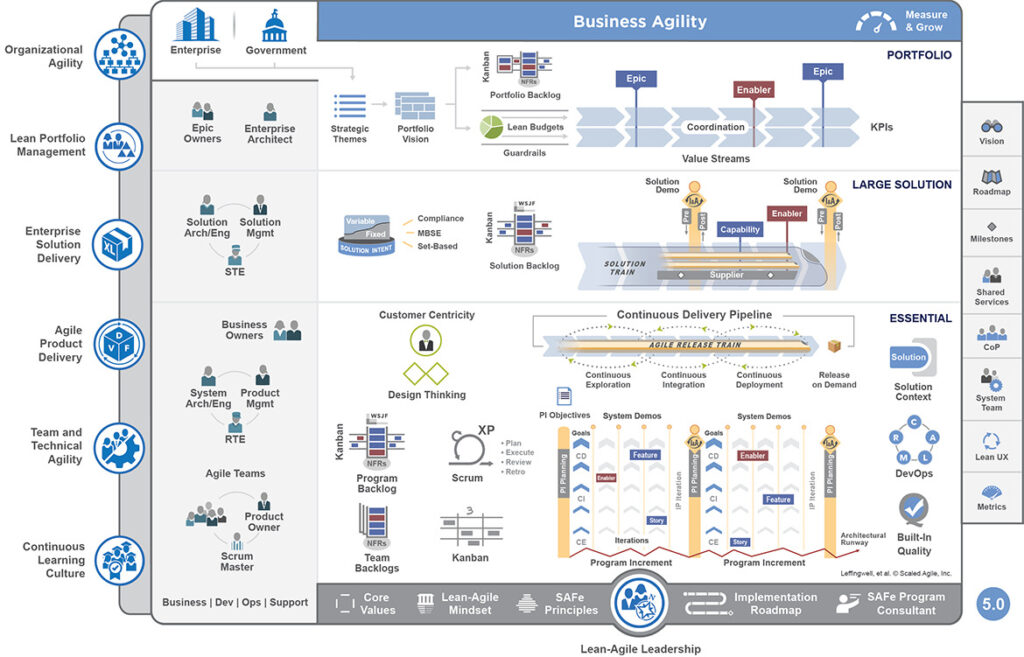 Check out this in-depth video for a visualization of SAFe scaling up from Scrum:

The Core Elements of Scrum

Most organizations that practice agile use Scrum or a very similar hybrid version of it. It always works well in smaller companies with just one, two, or a handful of teams. As these organizations grow, though, they find the higher number of teams starts to complicate things. There are more inter-team dependencies, communication and collaboration become more challenging, and the process starts bogging down.

Scaling From Program to the Large Solution

Scaling From Solution to Portfolio 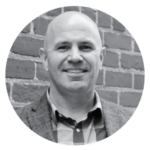