Supporting an Urgent Migration to Cloud and Agile Transformation

500,000 Tickets Being Imported from Rally to Jira
200-300Revision History Items in Each Ticket

This financial company wanted to improve the coordination of their work, help employees manage and release code in an organized fashion, and enable the reuse of strategic technology for multiple purposes. Hoping to reconcile Agile and waterfall teams in a single platform, the company decided the Atlassian tool suite would be a better fit than Rally. In consultation with Cprime, they began plotting an urgent migration

This company has been in the insurance business for nearly two centuries and operates in all U.S. states and internationally. They offer life insurance, retirement income, long-term care, investments, and premier services. With plans for an eventual migration from Rally to Jira, the company began consultations and Agile coaching with Cprime. When they learned their Rally license was expiring within a month, Cprime quickly pivoted from exploration to migration—pulling off a transformation in record time.

A Need for More Transparency

In 2018, the company was operating with Rally. But they’d encountered various issues while using this platform and reached out to Cprime for help.

“The company was unclear of their breakdown of work,” said Dan Teixeira, Cprime’s East Region General Manager. “They had business stakeholders bombarding teams from all different points of view and lacked a consolidated view in roadmap and backlog.”

They wanted to improve the coordination of their work, help employees manage and release code in an organized fashion, and enable the reuse of strategic technology for multiple purposes. They also hoped to reconcile their Agile and waterfall teams in a single platform. And so, the company decided the Atlassian suite of tools would be a better fit than Rally. In consultation with Cprime, they began plotting a migration from Rally to Jira Software Cloud.

“We originally looked at everything from a higher-level perspective,” said Cprime Solutions Architect, Briana Hall. Cprime took a deep dive into what the company’s Agile and waterfall teams would require during this transition and looked into further integrations and plug-ins. Gradually, Cprime carefully laid the groundwork for the company’s eventual migration to Atlassian Cloud. Cprime helped them consider the architecture and structure they wanted to be set up within Jira, all while coaching the company on Agile best practices for moving forward. But then—amid all this planning—both Cprime and the company faced a major curveball. 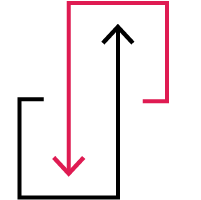 In mid-February, the company discovered their license for Rally was expiring at the end of the month.“All of a sudden, the migration became very real,” said Pavel Fomin, Cprime’s Director of Engineering for Cloud Migrations. “Rally doesn’t let you license month to month. They don’t let you downgrade—it’s one year or three years,” he explained. “So the company decided it was time to move. And we had to make the move within two weeks.”Fomin said these kinds of migrations typically occur over a period of six to 12 weeks.So initially, the tight timeline gave Cprime pause. “We kind of did a double-take,” said Briana Hall. “Like—’wait, what?’ But then we shifted gears completely and went from discovery to migration mode.”

Hall explained that moving from Rally to Jira Cloud isn’t straightforward. There are significant differences in how the systems organize data and handle objects. But because Hall was involved in Cprime’s earlier coaching with the company—and because she knew their plans for the future—she could help with mapping and architecture decisions during the migration.

Fomin led the migration from a technical standpoint and navigated various hurdles throughout the transition. For instance, he had to contend with importing 500,000 tickets from Rally to Jira—a number further complicated because, in Rally, each ticket can contain 200-300 revision history items. Fomin decided that importing each ticket’s revision history into Jira just wasn’t feasible. Instead, Cprime provided the company with revision history data extracts for audit compliance. This way, the tickets could be imported into Jira much more quickly. “That was a winner in my book,” Fomin said, “because otherwise, we would still be loading that data.” Another migration hurdle involved the import of large data sets. Initially, it took Cprime about an hour to import 8,000 tickets, which didn’t bode well for their fast-tracked timeline. Fomin’s team first adapted by splitting all their backups into multiple files, but this created its own set of issues.

Eventually, they settled on a different solution on Friday at midnight: they would import all the files on a temporary server environment. Thankfully, Fomin’s team made all the backups before the company’s access to Rally was cut off that Sunday. “We shared that with the client. It was a great success,” Fomin said. After learning about the sudden, urgent timeline, Hall said Cprime and the company were essentially in contact daily. “Initially, they were very nervous about this whole effort. They asked us several times for reassurance, wondering if the plan was reasonable. But we had many discussions, and I think they felt very supported and taken care of,” Hall said.

About 1,000 employees at the company were also waiting in the wings to operate the system. Cprime provided upfront training materials and sessions with employees to guide and support them throughout the migration.

Now that the company has migrated to an Atlassian Cloud set of tools, Dan Teixeira said they have become much more transparent in both workflow and teams and are well-positioned for future initiatives. In partnering with Cprime, Teixeira also believes the company gained a trusted Agile advisor—and that Cprime empowered the company to become “Agile mindset champions” moving forward.

After integrating users into the system, the company began noticing high engagement amongst its employees. Because the migration happened quickly, the company felt more of a buzz and sense of urgency about the transition. One company employee told Hall he was almost glad the migration occurred this way.

According to Hall, a big part of the migration’s success was the pre-existing working relationships.

“I think communication and trust are really what made our partnership with the company successful. We worked with them regularly, which helped them build their trust in us. So when it came time for this very challenging transformation, they knew they were in good hands. They became Cprime’s top priority for those two weeks. And so we were laser-focused on the migration and seeing it through to completion.” – Briana Hall, Solutions Architect at Cprime

Post-migration, Cprime is continuing its work with the company. Hall said “they’ll optimize the system by integrating additional tools, all while aligning their Agile and waterfall teams as much as possible.”

An Alten Company, Cprime is a global consulting firm helping transforming businesses get in sync. Cprime is the partner of choice for Fortune 100 companies looking to achieve value and agility. We help visionary business leaders compose solutions, execute implementations, and exceed against business goals. With our key partnership recognitions, including Atlassian Platinum, AWS Advanced, and SAFe® Gold SPCT partner, our industry-leading software and services work in synergy to deliver transformations.

Pavel Fomin has over 20 years of leadership experience delivering enterprise migration and integration solutions for customers. Pavel is a certified Platinum Atlassian Expert and Enterprise Partner who has architected hundreds of Atlassian upgrades, migrations and consolidations. 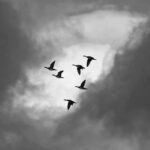 A Practical Approach to Your Atlassian Cloud Migration