What is Agile Hardware Development?

Can an Agile process be used for hardware development? Would it bring to hardware development the same benefits it does to software development?
Suspecting that the answers to both questions were “Yes,” but unsure of the details, Cprime partnered with TCGen to investigate. We were confident that the combination of Cprime’s Agile expertise, and TCGen’s expertise in hardware product development, would enable us to answer these questions. What we found was fascinating, and unexpected. 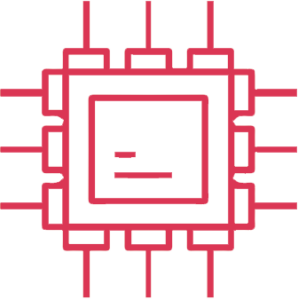 The Agile Hardware and Software Study

Kevin Thompson (Cprime), John Carter, and Scott Elliott (TCGen) began meeting in late 2013 to develop a questionnaire about the use of Agile practices in the development of electronic hardware such as networking devices, flash memory, semiconductor manufacturing and test equipment, and so forth. We conducted interviews with 14 people in mid-2014, and spent months analyzing the results and developing our conclusions.

We discovered that different companies were using different Agile techniques to some extent, although none of the companies had a formally-defined Agile process as such. For example, we discovered that companies engaged in rapid development of circuit boards through iterative prototyping, division of product-development cycles into time-boxed Sprints, tracking with Burndown charts, and frequent integration and integration testing of components.

We identified these key differences between hardware and software products:

On the other hand, we also identified these similarities between hardware and software products:

The Recommendations for Agile Hardware Projects

It’s no news that Agile software projects add usable functionality to a product in small increments over time, in order to create major new releases. It is probably not surprising that hardware projects generally cannot work in this mode, as the product is not usable in any meaningful fashion until its design is complete. This difference might seem to doom efforts to apply Agile concepts to hardware development, but the difference is less significant than it appears.

The key characteristic that both worlds share is more important than all of the differences:

For software products, the flow of deliverables is such that new and usable features appear steadily over time, and these features are aggregated into a newly-released product. For hardware products, the flow of deliverables generally does not produce a steady flow of usable features over time, and the product features become usable late in the development cycle. However, the deliverables can still be developed and tested throughout the cycle, and this is the key point. This point enables the continuing scope adjustment and refinement needed to hit planned shipment dates with the best possible value. More specifically, it enables, and we recommend, a Scrum process.
An example of the overall flow of development, for a hardware product that contains a software component, is illustrated in the figure: 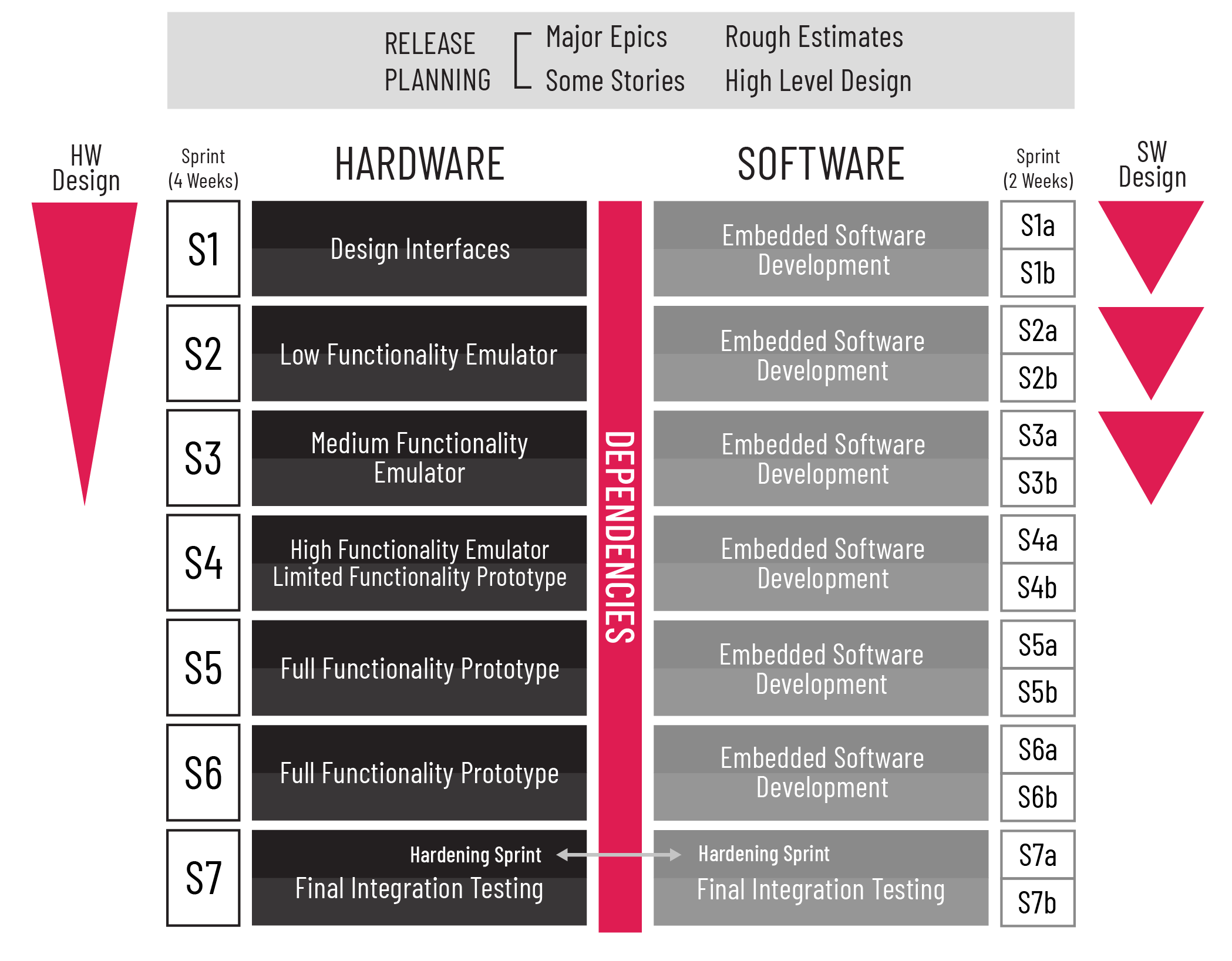 The standard Scrum practices apply throughout. Each Team has a designated Scrum Master, Product Owner, and set of Team members. The usual “Scrum ceremonies” of Backlog Grooming, Sprint Planning, Daily Stand-Up, Review, and Retrospective are held.

The overall structure is that of a Release Cycle in Scrum, which is composed of a set of Sprints. The hardware Sprints are twice the length of the software Sprints (four weeks, versus two), because hardware deliverables generally cannot be decomposed into pieces as small as can software deliverables. Sprints boundaries are aligned to better enable collaboration across Teams.

Hardware and software development both requires some design work, but the hardware work has both a higher cost of change, and less flexibility (due to the available pool of components), and so more of the design work is done upfront, relative to the software-design work. The latter tends more towards a “Just in Time” model of small design increments, done only when needed.

While the day-to-day experience of software development is very similar from one Sprint to the next, this is not the case for hardware development. The hardware work progresses through qualitatively-distinct phases, as illustrated in the diagram. Thus while the hardware Teams continue to build and test deliverables in Sprints, the nature of those deliverables commonly changes over time.

Adopting and Adapting Agility in Hardware 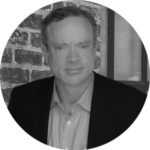