Jira for Business: Not Just IT – Applying Jira in a Business Context

While many think Atlassian Jira is a tool solely for technology teams, it is tremendously useful for the entire enterprise, including business teams. Whether you use the tool to manage the team’s day to day work or a significant business process, the use cases for business teams are virtually endless, with many benefits to both the teams and the company. 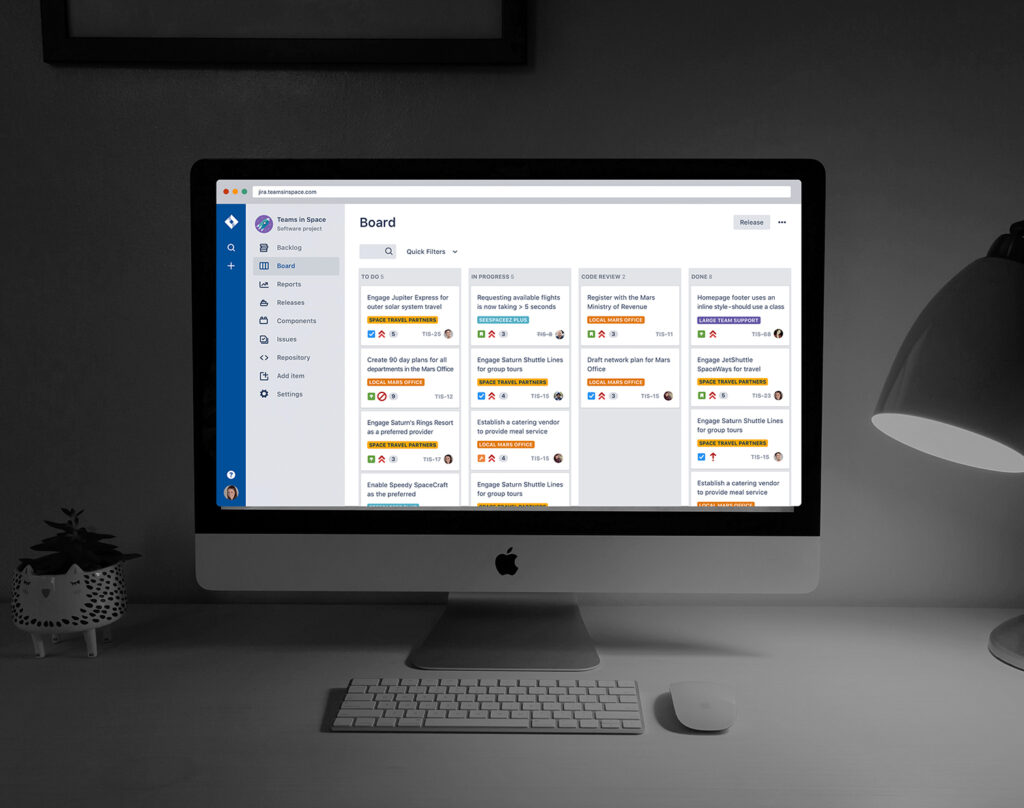 So, let’s take a look at a business team’s use case. A financial team was struggling to manage their recurring work, in addition to all the ad hoc work coming at them from different directions. The recurring work was sometimes lost in the shuffle of the urgent requests. Also, the team was frustrated, feeling they were constantly moving from one urgent due date to the next.

The team had a list of their ‘business as usual’ deliverables to manage each month, but was inundated with ad hoc requests. Of course, there were the standard email requests for things like a deck to present in a meeting or instant messenger requests for things like a report to present to management. In addition, there were traditional requests that came out of meetings such as risk management and audit needs.

Finally there were several requests that came in via a conversation in the hallway or at the side of a desk. The team lacked an intake process and the ability to effectively plan and manage their work. They also lacked line of sight into what each of the team members was working on or committed to, which led to more work agreed to what the team could reasonably manage.

Using Jira, the team was able to solve their top three problems:

The team worked to formalize an Intake Process. They began to host bi-weekly intake meetings. In advance of these meetings, the team would use the scheduling feature in Jira to automatically populate all business as usual work, such as their Monthly Financial Report due by the 7th of each month.

During those meetings, the team would pull up all the ‘business as usual’ work which they were committed to over the next two weeks. Also, they would discuss any additional needs or requests with their stakeholders. Issue cards for each request would be created. Then, the team would work with their stakeholders to prioritize the new items and consolidate them with the existing work that the team was committed to.

Jira not only enabled the team to have a more holistic view into their work, but it also empowered them to better plan and commit to work. Additionally, Jira provided their leadership and stakeholders with visibility into the work that the team was committed to and delivering. This significantly improved the team’s ability to manage their work. Stakeholders and leadership could also quickly recognize when the team was unable to commit to additional work and which work required re-prioritization.

Using data collected from Jira in the team’s day to day process, leadership and other stakeholders were able to get real-time, on-demand reporting without encumbering the team with additional Excel or PowerPoint reports. The team was able to utilize that data to more accurately plan and commit to the delivery of work which made them more effective, efficient, and reliable.

One of the top challenges was that teams did not have a clear line of sight into their dependencies or their consumers. In essence, teams had work to do but had no idea who provided their input nor who consumed their output. There were teams that didn’t even know that other teams needed be engaged on a regular basis and not just before an audit. Often, data was dropped into a folder on a shared server, but no one knew what the data was being used for, nor who prepared the data.

This made it tremendously challenging for everyone involved. If there was a problem with the data inputs, teams did not even know who to reach out to when problems were identified. For any changes to the data outputs, teams did not know who consumed the data to tell them that there was an error and the data had been changed. As you can imagine, this caused tons of extra work and delays in the process. It also created added risk and lack of line of sight into the model change management process. This, in turn, led to lack of engagement in the process for the risk management teams.

Using Jira, the company was able to solve their top three problems and significantly speed up the process from end-to-end:

The company first worked to formally document the end-to-end process which included mapping the human process as well as the data flow. Once documented, a Solutions Architect was able to demonstrate how they could use Jira to support their process.

The high-level process was built out at the Epic level, which represented key steps in the process and included several lines of business. This gave the company and all the key stakeholders line of sight into the end-to-end process. The Epic was broken down into many different Stories that represented all the work required to complete the process.

The human and data interactions were then identified in the process by using the Issue Linking capabilities. Specifically, this included the “requires” or “is required by” options which tracked dependencies and the “relates to” options which tracked risk analysis and risk reviews. Teams were then easily able to see and identify their upstream and downstream dependencies. It also allowed them to see which team was responsible for that work, so they could easily reach out for any questions. Risk managers could also easily track items within their space and ensure that all proper reviews and analysis were conducted. This enabled risk management to also shift left and be embedded within the process.

Jira provided the end-to-end view of the process across the entire company regardless of line of business. In addition, the way it was built also allowed for each of the teams to account for and plan for their portions of the work in their normal team spaces and within the normal cadences of their own team’s planning. The stories were maintained at the team level in the team projects and were simply linked to the process Epic. This also enabled them to better plan, rearrange priorities, and commit to the work that was needed with line of sight into the impacts of their work on the entire process. It also dramatically reduced the amount of time and the number of delays previously encountered, resulting in a significantly more efficient process.

Jira provided leadership and stakeholders with visibility into the process and the work as well as real-time, on-demand reporting. The company’s risk management, governance, and compliance teams were fully engaged throughout the process, tremendously improving the engagement model.

These are just two use cases. There are so many more, from Audit teams to Human Resources. The next time you think about how you might improve the way you do business, consider how Jira or Jira Service Desk could not only help, but also make your processes and teams more efficient!

How to Successfully Scale Agile with Atlassian Cloud View Now